Think with Google’s Guest Editor, Chief Marketing and Communications Officer of Unilever Keith Weed, shares what he’s taking away from the annual gathering of industry movers and shakers at Advertising Week NY.

New York City was unseasonably hot last week, which made running around between the different venues of Advertising Week in a jacket an absolute joy. The annual event hosted around 200 conference sessions over the week, and I was delighted to take part in three of them.

Trying to distill the content from all those sessions into a couple of standout themes is a tricky task, but there were a few ideas that lept out at me as the industry pondered what the future of the advertising world looks like.

1. Why diversity is so much more than a buzzword

There were no less than seven panels this year looking at the important issue of diversity within our industry, and the conversation feels like it’s reaching a critical mass. Brands are starting to demand more action on diversity and gender balance from their agencies, and in turn, agencies are pushing back more on client creative briefs that pander to lazy stereotypes. All of which moves us in the right direction towards balancing out an industry that for a long time has felt too male.

I fully recognize myself as part of the majority here, which gives me—and every other man—an important role to play in helping to create this shift. It’s the UN Women “He for She” thought that it’s always easier to advocate for a cause from the other side. Why wouldn’t we want to join our voices to the growing swell on this issue?

It’s time to leave our logos at the door and together, fight to make diversity a reality.

The importance of diversity in our teams and in our creative is not just moral, it’s absolutely economic. Diverse teams perform better—fact. Creative that actually reflects the world we live in rather than a stereotypical approximation of it performs better—fact. Collaboration in its truest form is the key to unlocking the necessary pivot here.

It’s time to leave our logos at the door and together, fight to make diversity a reality. The Unstereotype Alliance convened by UN Women and Unilever is a great example. With its member companies collectively worth billions of dollars, the Alliance is committed to tackling gender stereotypes in its members’ creative work and in their cultures. It offers the real prospect of finally levelling out the playing field.

2. It might finally, actually, be the year of video

I feel like we’ve been saying it’s the year of video for years, but the ante really seems to have upped in 2017. By 2021, 82% of the global internet is predicted to be video traffic, and the pivot to video is globally accelerating. Looking at Gen Z, 95% of them use YouTube, and 50% say they can’t live without it. Sixty-nine percent of Gen Zers are on Instagram.1

As time spent on media continues to grow at an astounding rate, it’s critical for brands to establish themselves in this ecosystem now to connect with this very visual generation.

The trick will be thinking about how this feeds into new forms of commerce—how content and commerce are blurring and how brands can be present at the right points in the empowered consumer’s journey.

3. The very unsexy topic of measurement has become a hot conversation

Sorting out the digital ecosystem should be a priority for everyone in our industry. It has been heartening to see this become an increasing focus of conversation over recent months and certainly this past week.

As an advertiser, I want to be able to see one consumer, paid for from one budget, not separated out for online and offline.

Digital measurement is currently very platform-centric—we are optimizing in siloes. But to win with the empowered consumer, we need to shift to being consumer-centric. As an advertiser, I want to be able to see one consumer, paid for from one budget, not separated out for online and offline.

Digital ad spend this year has overtaken TV, so we really are at the critical frontier. It’s time to make cross-platform measurement a reality so we can start giving consumers the online experience they deserve.

Learn why Keith Weed says mass marketing will soon be a thing of the past. 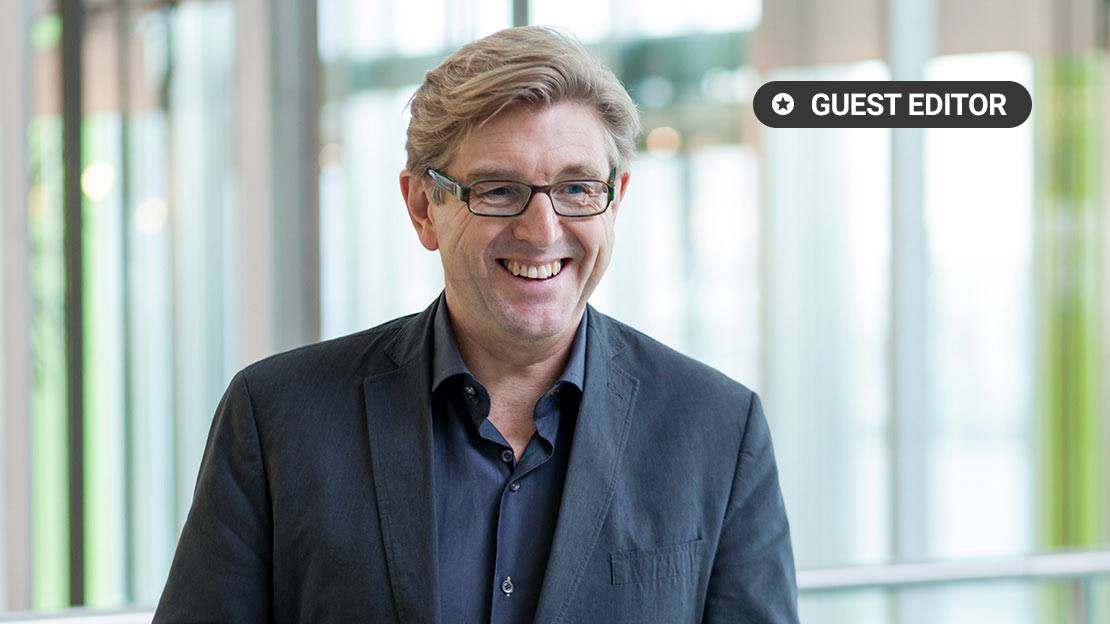