A new Ipsos study commissioned by Google reveals how growing up as digital natives has influenced the online behaviour and attitudes of young people in Sweden.

As a result of Sweden’s early adoption of broadband and mobile technology, the country has some of the highest rates of internet usage in the world.1 Fast, unhindered access to the web’s wealth of information, entertainment and opportunities for social connection is taken for granted by many young Swedes, shaping their view of the world and profoundly influencing their perceptions and behaviour. To better understand the impact of the digital revolution on Swedish youth, in 2016 Google commissioned Ipsos2 to carry out a study exploring the attitudes and online activities of young people between the ages of 13-24 and 25-34.3

Every Day is Digital

To understand the centrality of online to the lives of young Swedes, you only have to look at how much time they spend using their digital devices. A quarter of survey respondents in the 13-24 age group said that they spend more than three hours per day using social networking, with online video and games also seeing significant usage. Social networking was also popular with the older 25-34 age group, albeit at a slightly more moderate level, with over a third of respondents saying they spend between 1-2 hours per day on this activity. In fact, the study shows evidence that, as Swedish youth are growing up, their use of digital technology is growing with them. Among the younger group, entertainment is the predominant use case for mobile devices, while the 25-34 group are more likely to also use their smartphones for more practical purposes such as email or voice calls.

Patterns of online behaviour among young people do alter as they get older, but some things remain constant, with YouTube and the major social networks proving universally popular among both groups. The degree to which young people are prepared to interact online with brands is also a point of commonality, with little variance between 13-24s and 25-34s in whether they are likely to seek more information, sign up for subscriptions or make recommendations after viewing video content posted by a brand. Where differences do emerge, it is primarily in areas relating to individual agency, where the greater financial means and freedom of the older age group increase the likelihood that they will make purchases or visit physical stores.

In addition to being the most popular online destination for music and comedy video among 13-24 year olds, young Swedes also regularly turn to YouTube for gaming content, beauty tips and the latest news from the worlds of celebrity, technology and sport. Younger viewers aren’t just turning to online video to be entertained either, with almost half of those surveyed saying that they watch video to learn new skills, and around a third saying they turn to videos to stay up to date with current affairs, reviews and new trends. And although this group don’t like advertising that intrudes or gets in the way of the content they’re viewing, they are by no means entirely hostile to ads, with 29% of 13-24 saying that YouTube is the place they are most likely to see adverts they enjoy, eclipsing television and social media in this regard.

A Friend for Life

Finally, the survey reveals that for young Swedes, the web, smartphones and digital content aren’t just another media channel to tune into when they want to be entertained or informed. The digital world is also a place of relationships and community, a fact reflected in the more than 20% of 13-24s who feel closest to the creators they follow on YouTube and other networks. Similarly, those in the older group express the same sentiments about social media and photo sharing networks, reflecting the versatility of the online experience to grow with users as they mature and form their own connections.

Understanding the new generation: An insight into Sweden's Generation Y and Z 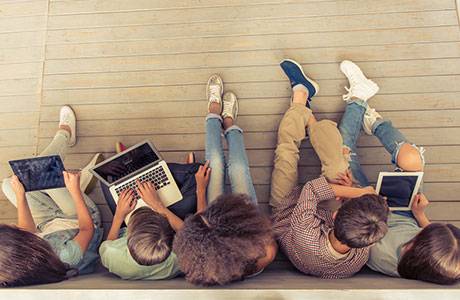